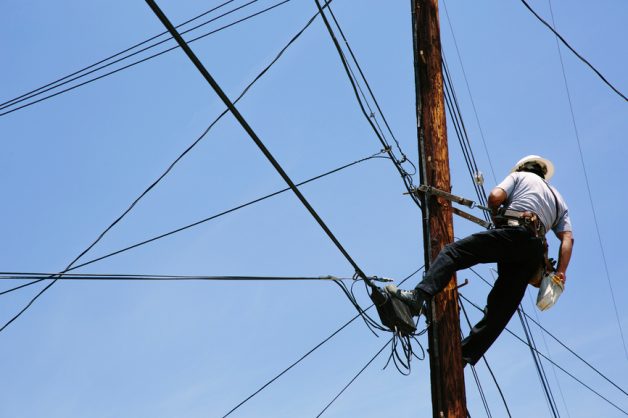 The 11 Deadliest Jobs in America

When you sign up for an active duty contract in the U.S. military, you know you may have to put your life on the line to protect the country. On average since 2006, 917 service members have died each year�primarily from IEDs abroad, or from accidents at home. Given total active duty strength of about 1.4 million service members, that equates to a fatality rate of about 65 deaths per 100,000 full-time service members per year.

How do non-military jobs compare? Today, the U.S. Bureau of Labor Statistics released the latest figures. Overall, the civilian fatal work injury rate was 3.5 per 100,000 full-time equivalent (FTE) workers in 2018, the latest year for which data are available. The total number of fatal work injuries recorded that year�5,250�reflects a recent decrease in the number of fatal falls but continued increases in the number of unintentional overdoses and work-related suicides.

Fatal injury rates vary widely across occupations, however. Here are the 11 most dangerous jobs in America today, based on the latest available data.

Logging has become safer since 2008, when it killed 120 in 100,000 workers. But despite technological advances and improved safety awareness, it remains more dangerous than active duty military service. Falling trees and branches, sharp implements, and heavy equipment remain some of the hazards of the job.

Fishing is safer than it was a decade ago, when the fatality rate was 128 per 100,000 workers. But, as the television show The Deadliest Catch so dramatically shows, the job still entails the perils of freezing temperatures, heavy equipment, and 40-foot waves. While the occupation is shrinking, the U.S. remains the fourth-largest producer of fish in the world with the second-largest protected fishing zone in the world, extending from the Gulf of Alaska to the Gulf of Mexico, and the insular Pacific-Hawaiian waters to the Caribbean Sea.

The last fatal U.S. airline crash was more than a decade ago. But pilots of light sport aircraft and helicopters crash somewhat more frequently, and those flying accidents claim the lives of several dozen pilots in the U.S. each year.

There are more than 160,000 roofers in the U.S. and the occupation is growing far faster than average. BLS data suggest it has become more dangerous, not less, over the past decade, however. Unsurprisingly, falls are the leading cause of death.

There are about 120,000 refuse collectors in the U.S. and their job remains about as dangerous as it was ten years ago. The main risks are traffic accidents and being hit by vehicles.

966 driver/sales workers and truck drivers were killed on the job in 2017, making it the occupation with the largest number of fatalities. Traffic accidents are the number one cause of death, followed by exposure to harmful substances or environments, and accidents with equipment.

Tractors are the biggest cause of farm deaths, but other hazards include falling off horses or being trampled by livestock. Fortunately, increased safety awareness has reduced the number of farm deaths caused by fires or poisoning due to pesticides and herbicides.

Iron and steel production plants have become much safer over the past decade, with the fatality rate falling about 80% since 2008. But industrial accidents still occur with some frequency, and that may be difficult to avoid when climbing tall structures, dodging heavy steel beams, and dealing with blast furnaces, compactors, and hot rolling mill machines.

9. Supervisors of construction and extraction workers (21 deaths per 100,000 FTE workers)

Builders and miners must climb tall structures, carry heavy loads, use dangerous equipment, and work with hazardous materials. Falls and accidents with equipment are the most common hazards. Interestingly, supervisors succumb to these risks at higher rates than nonsupervisory employees.

10. Supervisors of landscaping and groundskeeping workers (20 deaths per 100,000 FTE workers)

Falls from trees or ladders and accidents with equipment are the main risks of working as a landscaper or groundskeeper�jobs which have not become appreciably safer over time. In landscaping as in building, supervisory workers have a higher fatal injury rate than nonsupervisory employees.

Power line installers and repairers keep the lights on and the internet service connected, but they often face dangerous working conditions. Handling high-voltage lines atop tall structures exposes workers to the risk of potentially fatal electrocutions and falls. In addition, traveling to worksites and transporting equipment exposes workers to the risk of  transportation accidents.

Get updates when new stories are posted!

A job sourcing event
In Dallas Fort Worth
Aug 19, 2017 9am-6pm
All job seekers welcome!
Get your FREE tickets